Upon entering both new year and new decade, what plans do you have in store? Is decluttering one of them?

For those of you who are still unfamiliar with the concept of decluttering, the term itself originates from the word clutter, which means anything that one keeps inside their house that does not add value to their life.  Decluttering itself is a term referring to the activity of getting rid of those clutter from our house and eventually our lives.

An example of a cluttered kitchen. Source: freshclean.ie

Decluttering itself has also been popular because of Marie Kondo’s book entitled “The Lifechanging Magic of Tidying Up”, in which Kondo defines decluttering as an act of getting rid of things that “does not spark joy”.

If you often find yourself having difficulty in finding and locating things in your own house, be it the closet, storage room or even your own working table, then it might be a sign that you need to start your own decluttering project.

Cluttered and unorganized stuffs can be a hideous sight and might become another source of stress. Photo credit: Aleksandra Kovac/Stocksy United

In addition to freeing up some space in your house that was not there before, decluttering is also believed to positively affect one’s mental condition,in more ways than one such as

How to Start Decluttering?

Engaging in a decluttering activity for the first time might become overwhelming and confusing. We might not know where and when to start, and once we found out the sheer amount of clutter that exist throughout one’s home, it might even become intimidating.

However, do not worry because there are some helpful and simple tips for you to start decluttering your home, one step at a time.

1. Start with A Category (can be the Types of Things or Room by Room) and Make A List of It

Basically there are two choices in decluttering one’s house, one is to start based on the types of things that you want to get rid of, and another one is to do it room by room.

If you want to start decluttering based on the types of things that you have, you better make a list of the things whose amount you need to reduce.

An example of decluttering checklist based on the types of thing that often become clutter. Source: glitterguide.com

The kind of things that people usually hoard or simply have too many basically depends on the person itself, but in general the things that often become a clutter are namely clothes, bag, book, shoes, kitchen utensil, glasses and mug, accessory, old magazines, electronic devices or sports equipment that are rarely used, CD and DVD cassettes, and also toy.

From that lists of stuffs, you can then ranked them based on its estimated amount and sort if from high to low. That way, you will know which stuffs that you need to prioritize in the decluttering process.

Examples of clutter hot spots around the house to help you start decluttering. Source: budgetdumpster.com

Another way to start decluttering is to do it room by room. Before you start, you should also make a map or a list of clutter hot spots throughout you house. The places that usually hoard many stuffs can range from the closet, kitchen cabinet, storage room, and also the garage.

After that, similar to the declutter checklist, you can ranked those spots from the most to the least cluttered in order to be more effective in cleaning and decluttering the places.

After knowing where to start decluttering, the next thing that you should do is to prepare five different containers to sort the stuffs that you want to get rid of. The five categories are:

Cleaning the stuffs that have been sitting there collecting dust for years can be physically and mentally exhausting. That is why you should not insist in finishing the decluttering in a one-go or in just a day.

Instead, the process of decluttering should be done gradually, step by step. For instance you can start by allocating 5 minutes of your time each day to declutter your house and getting rid of the things that are unneccessary.

You can also start with removing one stuff every day, so that by the end of the year you will be able to get rid of at least 365 stuffs from your house.

Examples of decluttering plans and challenges within one month. Source: schoolofdecorating.com

Within that period you can also start observing which stuffs you rarely use, especially in terms of clothes and shoes. The simple way of finding this out is to separate the clothes and shoes that you just wore.

For instance, you can hung your recently-used clothes in a reverse direction to differentiate it from the clothes that you haven’t used.

In a month or two, you can start seeing which ones you actually never use. It might be a good time to declutter them too.

4. Ask for Other People’s Help

You can also ask for help from other people, in a way that helps you decide which stuffs you need to get rid of. You can ask that person to come to your house and let them judge which stuffs or area that need to be cleared, since a new pair of eyes will always help.

Later on, if you insist that you need to keep a certain thing, you have to explain the reason to that person. This is also important because other people will be able to weigh our reasoning more objectively and rationally.

Because let’s face it, many people have a certain emotional or sentimental attachment to the things they own even though it does not give any value to their lives.

Choose a small area in your house that you wish to see clean, such as your work desk, dressing table, or even your closet. After taking pictures of the area/place, remove all of the stuffs that are there to clear up the surface or the wardrobe that were full before. Then take a picture of the cleared areas.

Example of before-after conditions of a wardrobe. Source: Pinterest

By comparing the two photos before and after it was cleared, you can see how clean and wonderful a place/area can become after it has undergone a decluttering process. This can serve as a motivation for people to start clearing more spaces in one’s messy house.

Against A Consumptive Lifestyle

Later on, you can give the clothes and shoes that are still in a good shape to Waste4Change, and we will donate it to those in need. You can also send your inorganic stuffs to be recycled by Waste4Change by sending it to our office in Bekasi (please note that we do not accept residual waste such as styrofoam, used tampons and diapers, etc)

Even though decluttering might look like a regular cleaning activities, the process of removing unnecessary stuffs from one’s house and life will encourage us to reflect on the consumptive lifestyle that we have unconsciously adopted.

We might start to realize that our purchasing decision is not always based on rational reasoning, rather it was an emotional and impulsive one most of the times.

Getting rid of things that “does not spark joy” helps us in feeling enough: enough with having little possession, as well as feeling content with what we already have.

Decluttering can also make us become more aware of the amount of waste that we produced from the activity of buying and consuming more stuffs.

That those stuffs will not just disappear after we no longer use it, that the existing resources will never be enough to satisfy our greed, and that we are destroying our one and only planet we call home. 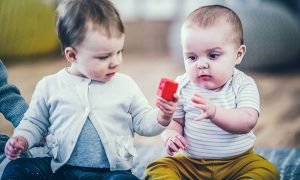 A world where we could enjoy all the advantages of life with less budget and less waste! 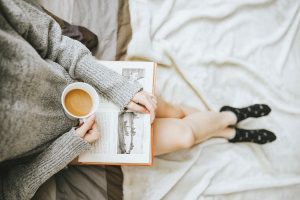 What You Can Do During The Physical Distancing Period at Home

Ever since the COVID-19 is declared as a global pandemic by the World Health Organization (WHO) on 11th March 2020,  the world has been on