Basically, the 3R (Reduce-Reuse-Recycle) Concept is a sequence of steps on how to manage waste properly. The top priority is Reduce, which is to reduce waste generation, then Reuse, and then Recycle, to give waste material a second chance before disposing them to the landfill.

Along time, the 5R Concept is introduced after the 3R concept. 2 more stages of waste management process are added in the 5R Concept: the first being Recover, restoring materials that can no longer be recycled into energy sources / environmentally friendly materials to avoid them from landfill.

The last stage is Disposal, which is the allocation of garbage that can no longer be recycled or restored at the landfill. Reversed triangle 3R (Reduce-Reuse-Recycle) concept illustrates the amount of waste volume that should be handled in each sequence.

When materials can no longer be used again, the waste is recycled, which is melted, chopped, to be formed into a new product that might suffer a decrease in quality (See also: The Complete Recyclables Guide).

The decrease of quality in recycled materials, as well as the energy and resources needed to recycle waste, are two of several reasons why recycling is not the first priority of handling the waste the proper way. The main priority is always to reduce/prevent the waste generation from the beginning (reduce).

According to Law 18 of 2008 concerning Waste Management, TPA (Tempat Pengelolaan Sampah – landfill) is a place to safely process and return waste to the environment in the safest and environmentally friendly way, both for humans and the environment itself. In fact, most Indonesians still consider TPA as a final disposal site for all kind of waste.

Regarding the waste reduction effort that ended in the TPA/landfill, along time, the existing 3R concept developed into the 5R reversed triangle concept (Reduce-Reuse-Recycle-Recovery-Disposal) with the following details:

Indonesia’s population produces 65 million tons of garbage every day. Of all the waste produced, 24% polluted the ecosystem, only 7% were recycled, and 69% of them ended up in landfills (CNN Indonesia, 2018).

The small amount of recycled waste in Indonesia and the high amount of waste that has accumulated in the Indonesian landfill (Final Processing Site) raises many social and environmental problems, one of which is the predictions that most of the landfills in Indonesia can no longer operate due to excess capacity in 2021.

For example, Bantar Gebang Landfill in the Bekasi area, West Java, which has an area of ​​110.3 hectares with a height of 30 meters of waste, allegedly only able to accommodate 7000-7500 tons of Jakarta residents’ waste up to a maximum of 3 years.

Almost the same thing happened in other landfills such as Suwung landfill in Bali, and Piyungan landfill in Jogjakarta.

Regardless of our dwindling landfill conditions, Indonesia has also become the world spotlight on our selection as the second rank country with the most marine waste after China (a study by Jenna Jambeck, 2016), also ranked as the second largest food waste producing country after Saudi Arabia (EIU, 2016).

Given the low level of understanding and application by the Indonesian people regarding the 3R principles (Reuse, Reduce, Recycle) and the 2 accompanying processes namely Recover and Disposal, the Indonesian government has launched the Indonesia Clean-from-Waste 2025 Program (Indonesian Presidential Regulation No. 97/2017) which requires district and regional governments to plan a model in order to achieve the following 2 goals in 2025:

Of course, the community and companies that produce waste in their business processes are expected to contribute in adjusting their waste management system to support the success of the program. (read also: Everything You Need to Know About Indonesia Clean-from-Waste 2025)

Waste4Change presents a solution to existing waste problems by considering the proper implementation of the concept of reduce-reuse-recycle 3R or the concept of 5R waste management (Reduce-Reuse-Recycle-Recovery-Disposal).

Through one of its services, Reduce-Waste to Landfill, Waste4Change has a role to ensure that the recycling, recovery, and disposal processes are going well and properly so that they can really minimize the waste that ends up in the landfill and also to reduce the amount of waste that accumulates and becomes pollution to the environment.

The effort to reuse, especially to reduce remains the two top priorities of waste management process in Waste4Change and is part of the Waste4Change’s continuous campaign to spread the awareness on how to manage your waste wisely.

Waste4Change also supports the integration of a circular economy to ensure the optimal and efficient utilization of all materials in the industry, not only to support the sustainability of environmental conservation programs globally but also to have a positive impact on the industry and the economy. (Read Also: Supporting Circular Economy Through Responsible Waste Management with Waste4Change) 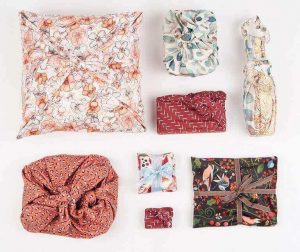 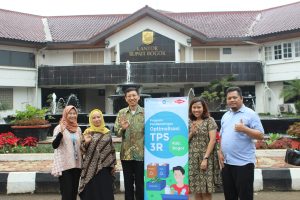