The Definition of Waste Bank

Waste Bank is a concept of collecting & segregating solid waste that involves systems such as banking, but what is saved is not money but waste. Savers who are also called customers have a savings book and can borrow money that will later be returned with solid waste worth the money borrowed.

Waste deposited by the customer will be weighed and valued with a sum of money, the waste will later be sold at factories or recycling agents or it can also be handed over to local upcycling agents for processing.

Regulations on Waste Banks are regulated in the Republic of Indonesia Minister of Environment Regulation No. 13 of 2020 concerning Guidelines for Implementing Reduce Reuse Recycle Through Waste Banks.

The Ministry of Environment Regulation No. 13 of 2012 explains about:

Waste Bank is a place for sorting and collecting waste that can be recycled and / or reused that has economic value.

[Regulation of the Minister of Environment of the Republic of Indonesia No. 13 of 2020 concerning Guidelines for Implementing Reduce Reuse Recycle Through Waste Banks.]

The Ministry of Environment Regulation No. 13 of 2012 About Guidelines for the Implementation of Reduce Reuse Recycle through Waste Banks also explains the mechanism of handling residual waste in Waste Banks, which is taken by government’s waste management officers 2 times a week, as well as a prohibition on burning waste and strongly advise to maintain the condition of garbage stored temporarily in order to prevent problems, for example, mosquito larvae.

According to data from the Ministry of Environment and Forestry in 2018, in Indonesia alone it is estimated that there are already approximately 8036 Waste Banks in 34 provinces in Indonesia, which is a multiple of 400 percent when compared to the number of waste banks in 2014.

KLHK also launched the 250 Waste Bank Program to support the realization of the Indonesia Clean-from-Waste 2025, which was launched by President Joko Widodo on October 23rd, 2018 and was formalized through Indonesian Presidential Regulation No. 97/2017.

The Indonesia Clean-from-Waste 2025 program is one of the government efforts to continuously develop and polish the following plan models:

Support for improving waste management through the Waste Bank also comes from the private sector, for example, the Unilever Indonesia Foundation which has managed to foster 10 Waste Banks throughout Indonesia.

The Unilever Indonesia Foundation provides initial socialization, training, monitoring, evaluation, as well as development to ensure that waste banks can develop in a sustainable manner.

On average, the Unilever Indonesia Foundation’s Waste Bank can get a turnover of 1 – 10 million rupiah in a month.

Another example of a garbage bank development program is the Waste Bank from the guidance of the CSR Program of PLN Unit Induk Distribusi Jakarta Raya (UID), two of which successfully won the award for the Best Waste Bank in the DKI Jakarta Region in 2019 in the event of the Community Concern of Environmental Care organized by DKI Jakarta Provincial Environmental Agency.

Waste4Change through the Community-Based Implementation (w4c.id/CBI) service supports training and mentoring of community elements, ranging from the community, TPS 3R, management of tourism sites, and much more, to help optimize waste management.

The Community-Based Implementation Program is also recommended for companies or institutions that want to carry out CSR (Corporate Social Responsibility) programs that can have a real impact.

One example is the TPS 3R Waste Management Optimization Program as part of CSR program of DOW Indonesia and the initiation of Ecoranger team in Pulau Merah, Banyuwangi as a part of Coca-cola Indonesia’s CSR program. 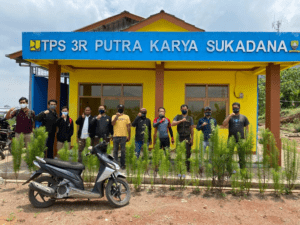 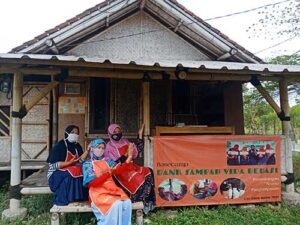 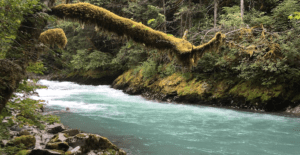