The IPCC has declared a red alert status regarding global warming. For years, environmentalists have tried to come up with a number of solutions. Yet the increasing earth’s temperature seems to be inevitable. This climate change is mostly caused by the high amount of greenhouse gases that we produced.

Many of the greenhouse gas (GHG) emissions that we produce come from waste, mainly from the activity of producing, managing, and disposing of waste itself. To name some of them, carbon dioxide (CO2), carbon monoxide (CO), nitrous oxide (N2O) and also methane (CH4).

Carbon dioxide is a heat-trapping, colorless, and odorless gas released through human activities such as deforestation, burning of fossil fuels, solid waste, and also as a result of certain chemical reactions (e.g., manufacture of cement), as well as natural processes such as respiration and volcanic eruptions.

CO2 is naturally present in the air we breathe at a concentration of about 0.037% and is not harmful to health at low concentrations. However, as the concentration CO2 in air rises it can cause headaches, dizziness, confusion and even loss of consciousness.

A rise in carbon dioxide levels results in an overabundance of greenhouse gases, which trap more heat. This trapped heat causes ice caps to melt and ocean levels to rise, which leads to many other consequences we know as climate change. Over the past 171 years, human activities have raised atmospheric concentrations of CO2 by 48% above pre-industrial levels starting in 1850.

The good news is that carbon dioxide is removed from the atmosphere (or “sequestered”) when it is absorbed by plants as part of the biological carbon cycle. This is why forests and oceans are an important part in our fight against the climate crisis as they are natural carbon sequesters that help absorb the abundance of GHG emissions.

Carbon monoxide (CO) is a colorless, odorless, and toxic gas, which is predominantly produced by incomplete combustion of carbon-containing materials. CO is found in fumes whenever we burn fuels in cars or trucks, small engines, stoves, lanterns, grills, fireplaces, or furnaces. Also keep in mind that due to its odorless characteristic, CO can build up indoors and poison people and animals who breathe it.

Carbon monoxide is known as a “silent killer” as it is poisonous, acutely toxic, and potentially lethal in certain doses. It is also extremely flammable and classified as a health hazard. In addition, carbon monoxide exposure can be dangerous during pregnancy for both the mother and the baby.

In 2019, methane (CH4) accounted for about 10% of all U.S. greenhouse gas emissions from human activities. Methane’s lifetime in the atmosphere is much shorter than carbon dioxide (CO2), but CH4 is more efficient at trapping radiation than CO2. Pound for pound, the comparative impact of CH4 is 25 times greater than CO2 over a 100-year period.

Globally, 50-65 percent of total CH4 emissions come from human activities. Methane is emitted from energy, industry, agriculture, land use, and waste management activities as described in the following paragraphs.

To start with, domestic livestock such as cattle, swine, sheep, and goats produce CH4 as part of their normal digestive process. Also, when animal manure is stored or managed in lagoons or holding tanks, CH4 is produced. When livestock and manure emissions are combined, the Agriculture sector is the largest source of CH4 emissions in the United States.

Last but not least, landfills. Methane is generated in landfills as waste decomposes and in the treatment of wastewater. Methane is also generated from domestic and industrial wastewater treatment and from composting and anaerobic digestion of organic waste.

Limiting The Greenhouse Gases from Being Released to the Atmosphere

One of the ways in which we can help slow down the climate crisis is by responsibly managing our waste. Waste that is unsorted and ends up in landfills will emit GHG such as methane. Hence, by reducing our waste from the source, storing our waste according to its category, and composting our organic waste, we can help limit the GHG emissions from our side.

Furthermore, we can also limit the number of waste that end up in the environment through a mechanism called waste credit, which helps businesses and companies to offset their waste emission by collecting waste from the environment to be managed responsibly. Learn more about waste credit here.

The History for the Protection of Earth’s Ozone Layer

Following up the IPPC red code alert on climate crisis, let’s take a look at how far our ozone layer protection milestone has been going on since 1970s.

A Red Code for Climate Change and Waste Management

IPCC has just announced a code red condition of the earth’s climate change due to global warming – What effect does waste have on this situation? 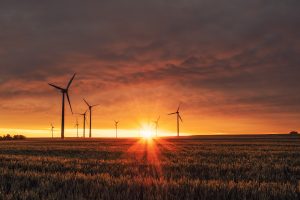