What Indonesians do with Their Trashes

Different countries have different waste sorting system. The rules applied in one’s country are most likely depending on the country’s waste management technologies available, also the country’s government future plan.

One thing for sure: it’s never too hard to throw your garbage in Indonesia. What we Indonesians commonly do is putting our trashes in our personal garbage area which usually located at the front of our house, right at the side of the street. Put it there, and the garbage collectors with their big garbage truck or rusty garbage stroller will pick our trashes up.

Things aren’t quite different if you live in the apartment complex in Indonesia. Collect it, wrap it in a tight plastic bag if you wish, then put it outside your room or a special corner in your floor hallway, designated for a waste collection area.

Waste collection bill in Indonesia is expected to be paid personally to the garbage collection agent—no tax added, it’s simply a cost for garbage workers fee and garbage truck transportation fee. Bring your wastes to your nearest dumping site or landfill and you don’t need to pay for anything.

That’s it. It’s that simple.

Imagine how much culture shock an Indonesian would suffer when they—let’s say—living in a country famous for its sophisticated waste sorting system such as Japan, South Korea or Germany—a place where public-shaming and penalty fee for a failure in obeying the waste sorting rules is more likely to happen?

Afraid not, because this post would tell you all the things you need to know about waste sorting culture and rules in several beautiful countries known for their interesting waste sorting system!

Germany: The (Current) Leader of the World’s Waste-Recycling Race

Germany is the country with the world’s number one recycling country (according to Eunomia). The country has a quite detailed way of sorting their waste—down to the colour of the glass waste you wished to throw away, the type of paper that could be put inside the paper waste bin, separate bin for metals, another different bin for plastic, another different bin for ceramic or broken glass, etc.

Here below are what you should know about Germany’s waste sorting system:

South Korea: A Role Model in the Effort of Reducing Waste

The great waste management system in Germany might be one of the main reasons why the country succeeded in increasing their recycling rate, but you can’t talk about waste sorting and waste management without mentioning South Korea.

The first thing you should know is, South Korea is one of the countries which able to completely change their people’s mind set about waste sorting and waste management in less than a decade–almost like a blink of an eye!

The South Koreans today are very supportive of the waste-sorting and recycling idea. To put you into the view, here’s how the daily life in South Korea goes:

South Koreans used to not really care on how to sort their waste too, but in the year 1995, their government took a different path from most of the other countries: they establish a systematic and strict waste management standard to ensure the stability of their future economy. Their government knows for sure that a good waste management system brings lots of good things: money-saving, environment-caring, and that means more opportunities to grow and expand.

South Korea’s success in changing their people’s behavior and mindset towards waste management is a given, considering how thorough and how strong their intentions in reducing waste. They did almost everything to ensure their waste reduction, the monetary rewards for offender’s information are just one of them.

One of the most notable technologies that South Koreans use in their waste management system is the electronic food waste bin equipped with RFID (Radio-Frequency Identification). People will have to tap their identification card before they could throw their waste into the public garbage bin. The garbage bin will then measure the weight of the trashes, calculate and accumulate it, and then send the garbage bill to the said person.

Being said, South Korea is pretty serious about their recycling and food waste business. The food waste reduction is done not only by preventing their residents to make it in the first place, but also by utilizing it as their cattle food and biogas material. To put it simply, throwing trash could be a pricey business in South Korea.  (link)

Here below several interesting things you might want to know about South Korea’s waste management system.

Almost similar to Germany, a public garbage area existed in the housing/apartment in South Korea. You are expected to sort your waste without fail and put it into the right disposal bins. Here are the types of garbage bin provided in South Korea:

It might sound much simpler than the other two countries mentioned before (Japan and Germany) but don’t be too careless, because South Korea has a pretty strict rule and many exceptions about what items considered as what waste and so on.

For instance, because food waste bin is reserved for anything that can be eaten by animals, eggshells, crustacean shells, and bones are fairly prohibited from it. You are going to have to separate the bones from your meat waste, put the meat waste in the food waste bin and put the rest of the bones in the general waste bin.

Another thing to keep in mind about South Korea’s waste management system:

A Thought for the Day

Rome isn’t built in a day, the same thing applies to a great waste management system. It’s a collective kind of efforts, it has to be supported by the government and all the people, it should be started by a simple way of waste sorting, and it needs to begin from our home. Proper waste sorting isn’t a hard thing to learn and remember, but it needs to be supported by your family members and your surroundings in order for you to gain benefits from it.

If you’re thinking about learning more on waste sorting system and finding a waste collection agent, give us a call. Check our services and don’t forget to drop us your message, we will think about what kind of waste management solution will fit you the best.

This site uses Akismet to reduce spam. Learn how your comment data is processed. 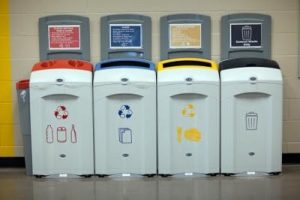 Waste Sorting at Office 101: How to Get Your Office’s Waste Sorted

Sorting your trash at home is important but have you started sorting your waste in the office?

Most of us may think the responsibility for sorting waste totally belongs to the waste operators, in fact our contribution in sorting waste from home is urgently needed. 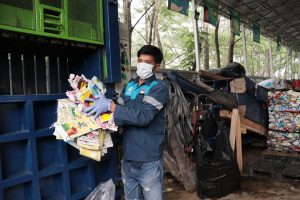 As an effort to fulfill one of your rights as a Waste4Change consumer, let’s find out how the waste that you provide to Waste4Change will be processed!