Plastic isn’t as simple as you may think. Each one of them is different from the others. Some of them are reusable, the others produce hazardous material after several uses. Some are easily recyclable, others need more sophisticated and intricate handlings in its recycling process.

Take your nearest plastic product, maybe the lunch box you brought from home, your water bottle, your instant noodle cup. Study closely, and you might find a number at its back or bottom.

You probably already know what it is. The number indicates the type of plastic used to make the product you are holding right now. But do you know exactly what number you should avoid and what number holds the biggest chance of damaging the environment?

To summarize, there are 7 types of plastic exist in our current modern days:

Polyethylene Terephthalate or PET is also known as a wrinkle-free fiber. It’s different from the plastic bag that we commonly see at the supermarket. This type of plastic polymer is mostly used for food and drink packaging purposes, due to its strong ability to prevent oxygen from getting in and spoiling the product inside. It also helps to keep the carbon dioxide in carbonated drinks from getting out.

Although PET is most likely to be picked up by recycling programs, this type of plastic contains antimony trioxide—a matter that is considered as a carcinogen—capable of causing cancer in a living tissue.

Quite special compared to the other types, High-Density Polyethylene plastic or HDPE has long virtually unbranched polymer chains which makes them really dense and thus, stronger and thicker from PET. HDPE is a plastic type commonly used as the grocery bag, opaque milk, juice container, shampoo bottles, and medicine bottle.

Not only recyclable, but HDPE is also relatively more stable than PET. It is considered a safer option for food and drinks use, although some studies have shown that it can leach estrogen-mimicking additive chemicals that could disrupt the human’s hormonal system when exposed to ultraviolet light.

PVC is typically used in toys, blister wrap, cling wrap, detergent bottles, loose-leaf binders, blood bags, and medical tubing. This plastic type used to be the second most widely used plastic resin in the world (after polyethylene), before the manufacture and disposal process of PVC has been declared as the cause of serious health risks and environmental pollution issues.

In the term of toxicity, PVC is considered as the most hazardous plastic. The use of it may leach a variety of toxic chemicals such as bisphenol A (BPA), phthalates, lead, dioxins, mercury, and cadmium.

Several of the chemicals mentioned may cause cancer; it could also cause allergic symptoms in children and disrupt the human’s hormonal system. PVS is also rarely accepted by recycling programs. This is why PVC is better best to be avoided at all cost.

As said before, Polyethylenes are the most used family of plastics in the world. This type of plastic has the simplest plastic polymer chemical structure, making it very easy and very cheap to process.

Although some studies have shown that LDPE could also cause unhealthy hormonal effects in humans, LDPE is considered as a safer plastic option for food and drink use. Unfortunately, this type of plastic is quite difficult to be recycled.

Stiffer and more resistant to heat, PP is widely used for hot food containers. Its strength quality is somewhere between LDPE and HDPE. Besides in thermal vests, and car parts, PP is also included in the disposable diaper and sanitary pad liners.

Same as LDPE, PP is considered a safer plastic option for food and drink use. It’s a good material for baby milk bottle, as long as made of food-grade plastic and identified as “BPA-free.”

Although it bears all those amazing qualities, PP isn’t quite recyclable and could also cause asthma and hormone disruption in human.

Polystyrene (PS) is the styrofoam we all commonly used for food containers, egg cartons, disposable cups and bowls, packaging, and also bike helmet.

When exposed with hot and oily food, PS could leach styrene that is considered as brain and nervous system toxicant. It could also affect genes, lungs, liver, and immune system. On top of all of those risks, PS has a low recycling rate.

Number 7 is for all plastics other than those identified by number 1-6 and also plastics that may be layered or mixed with other types of plastics, such as bioplastics.

Polycarbonate (PC) is the most common plastic in this category, isn’t used as much in recent years due to it being associated with bisphenol A (BPA).  PC is also known by various name: Lexan, Makrolon, and Makroclear.

Ironically, PC is typically used for baby bottles, sippy cups, water bottles, water gallon, metal food can liner,  ketchup container, and dental sealants. Due to its toxicity, several countries have banned the use of PC for baby bottles and infant formula packaging.

The BPA that contained inside PC have been linked to numerous health problems including chromosome damage in female ovaries, decreased sperm production in males, early onset of puberty, and various behavioural changes.

Added with its very low recycle rate quality, PC is to be avoided at all cost.

Memorizing all of those 7 different types of plastic could be overwhelming, so here are several key points you need to remember:

We hope you now know what type of plastic you want to use as your food and drink containers and what plastic you may want to avoid due to its low recycle rate quality.

7 Types of Plastic that You Need to Know Infographic

Don’t forget to separate your wastes responsibly. Don’t mix the organics with non-organics; do segregate the glass from the paper and plastic. It’ll help with the recycling process! Explore Waste4Change site to learn more about waste management. 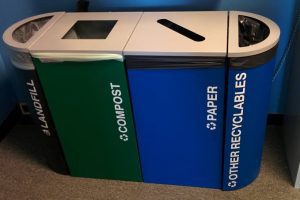 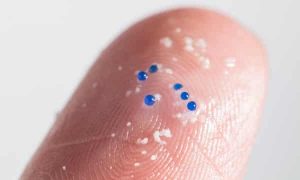 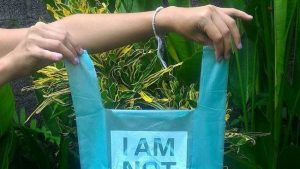 Know This Before Deciding to Use Bioplastics

In theory, bioplastics can decompose in nature more quickly than synthetic plastics, but there are several levels of degradation for different types of bioplastics.