Movies have significant roles in shaping the opinion and thoughts of the general public towards a certain issue, in ways that are not patronizing but instead inviting the audience to think and reflect.

Furthermore, the visual aspect of a movie is capable of delivering messages that cannot be conveyed through written words, including about environmental issues.

If reading books and participating in environmental-themed events are deemed as too bothersome or boring, then watching movies can serve as a more effective and fun alternative.

Here are some movies that address environmental, specifically waste, problems that you might want to add to you watch list

Perhaps many people have already known or even watch this Pixar Animated movie. Even though it was released more than 10 years ago, the messages that are conveyed by the movie Wall-E are still relevant as ever, and one of them is regarding the waste issue.

Wall-E takes place in the future, in the 29th century to be exact, where earth is no longer habitable due to consumerism, bad waste management, and environmental degradation.

The blue planet has transformed into a wasteland, whereas mankind has moved to outer space. Wall-E itself stands for Waste Allocation Load-Lifter (Earth Class), a waste-collecting robot that is placed on earth to clean it.

In fact, Wall-E becomes the only functioning robot after hundreds of years have gone by.

Wall-E’s monotonous life that revolves around collecting waste is turned upside down when he meets EVE, a robot that was sent to earth to investigate the probability of it becoming habitable again.

From there on, Wall-E embarks on a space adventure that will alter the fate of mankind and that planet that we inhabit.

This humorous movie is very suitable to be watched by family and friends, and at the same time, it conveys an important message on the catastrophic effect of waste and environmental problems if we refuse to take action before it becomes too late.

2. A Plastic Ocean: Plastic Waste and The Fate of Our Oceans

The premise of the movie A Plastic Ocean started when a journalist named Craig Leeson stumbled upon plastic waste during his journey to find the majestic blue whale, in what supposed to be a pristine ocean.

Craig then cooperates with diver Tanya Steeter and a group of scientists and researchers to visit 20 locations around the globe within a period of 4 years to highlight the impacts of plastic waste on our ocean.

Besides putting the dangers of plastic pollution under the spotlight, this movie also proposes innovative solutions that can be done by all parties, be it the government or individuals, for the sake of healthy oceans that are free from plastics.

3. The True Cost: The Price Behind A Piece of Clothing

This documentary tells a story about clothes: of the ones we wear, of the people behind the making of our clothes as well as the impacts of the clothing industry on the planet that we inhabit.

Taking place in various places on around the world, this movie invites its audience to dive into the dark side of the clothing industry and the “price” we have to pay for the clothes we wear.

This movie will make its audience rethink the way they consume fashion, namely about how often we buy new clothes, where the clothes came from, the environmental impacts generated from the making of those clothes, and the workers of the textile industry who are often paid with very low wages.

4. The Clean Bin Project: A Competition Where Less Means More

The Clean Bin Project tells a story about a couple named Grant and Jen who compete with one another to cut back the waste that they produce for the course of one year.

They decided to held the competition in order to answer a fundamental question: Is it possible for humans to live completely waste-free?

Jen and Grant also discuss and interview experts and people who have been active in the field of waste management in order to deepen their knowledge regarding the waste problem as a whole, be it about plastic pollution, the surge of waste generation during holiday seasons, as well as the environmental impacts of plastics towards our ocean.

Served with comedy and an atmosphere of optimism, this movie will inspire its viewer to start taking individual steps in order to do something about the waste problems that we are all facing.

5. Trashed: Waste and Pollution Throughout the World

Trashed was first screened at the 2012 Cannes Film Festival , and tells about the investigation done by the actor Jeremy Irons in regard to the global impacts of mankind’s consumerism and the pollution that it generates.

The audience will be taken throughout the globe to witness how waste have polluted some of the most beautiful places in the world.

This movie is calling us to be responsible towards the waste that we have produced, to reduce the waste that we might produce in the future, as well as showcasing the efforts that have been done by various people around the world.

Even though the movies that are listed depict the grim reality of the waste problems, there is always room for hope and solutions that have been or are underway. One of the most basic things that we can do as individuals is to implement the 3Rs concept (Reduce, Reuse, Recycle).

Or in other words, reducing the volume of waste from its source as well as recycling the waste that are unavoidable.

As a social entrepreneur in waste management, Waste4Change supports the implementation of 3R movement by providing responsible waste management services and Zero Waste to Landfill (ZWTL).

The waste that can be recycled are namely organic waste (processed into compost and/or using Black Soldier Flies) and inorganic waste through the program Responsible Waste Management dan Extended Producer Responsibility.

About the Trashed Film 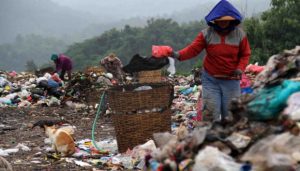 There are still many Indonesians who don’t know how to segregate waste and this causes a big impact on the country’s waste management. 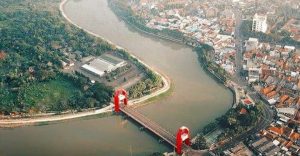 Uyus Setia Bhakti:  “My Love for Cisadane River is My Regret”

Love became the main reason for Uyus Setia Bhakti (41) to start exploring the material that is the source of human life: water.